Cutlass! is a Pirate Skirmish game, designed to be primarily land based for two players.

The rulebook allows for fantasy games including Pirate crews of races like Orcs and Goblins, or the option to play more traditional Pirate battles with just humans.

The 125 page rulebook was originally released in 2010. It’s currently only available in English. The book is due to be updated and improved in line with the current Tombstone book which expanded on Cutlass for use in Old West games. There is no current date for this.

In the meantime it is available as a FREE PDF download with an updated preface and clarifications page.

The game contains a number of different factions you can choose to play with. Royal Navy, Pirates, Privateers, Orcs and Goblins, Undead, Dwarfs and Elves.

You can play one off games or embark on a campaign system, where your crew can earn skills, gain injuries or die, buy new weapons etc.

A starting crew consists of around 8-12 models making it easy to start. As you play a campaign your crew will get bigger as you recruit more.

The game does not contain ship rules as it’s a land based game. Theres no reason you can’t use the existing Cutlass rules in conjunction with ships and any ship rules you may with to use. 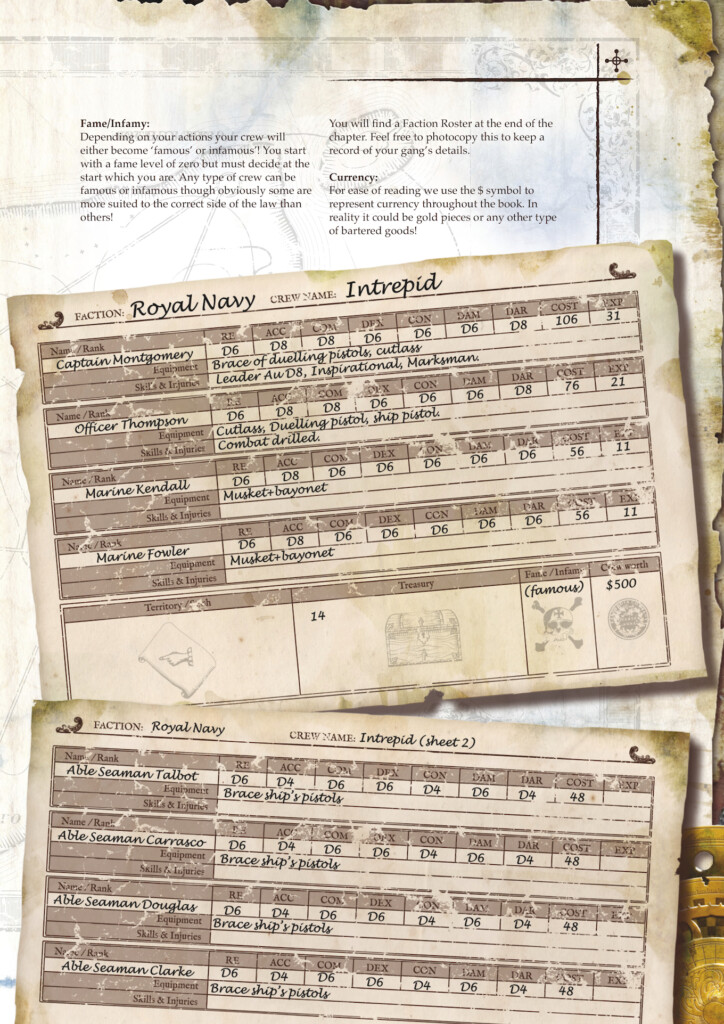 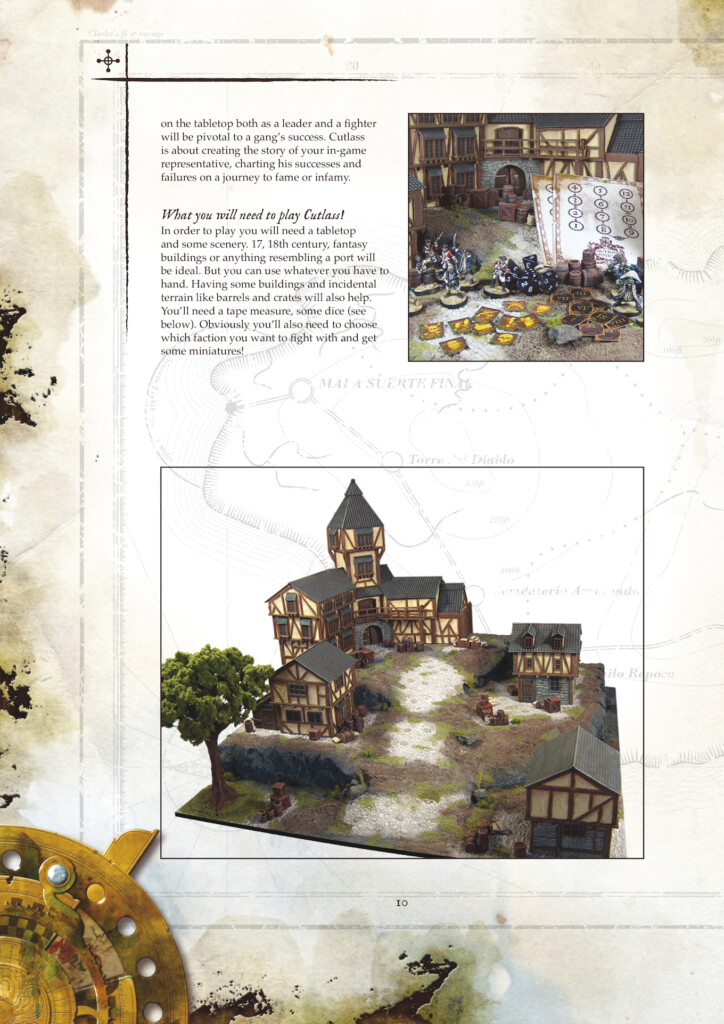 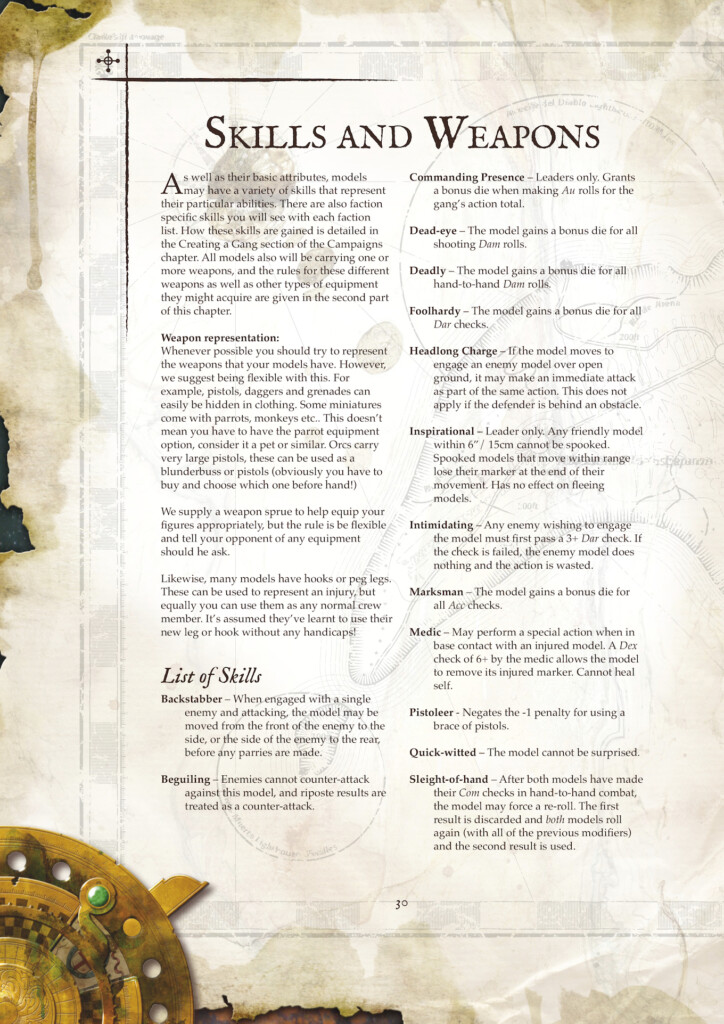 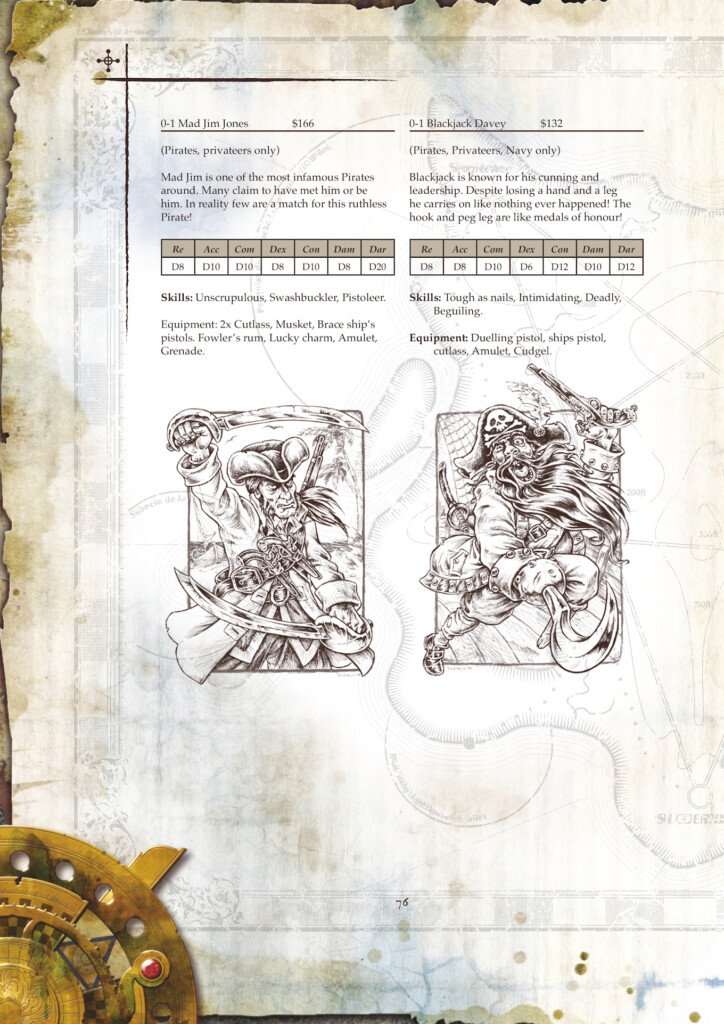 The game uses a system of Action points which each player must use tactically, this replaces strict player turns. It uses a dice system of D4-D20 to represent stats, meaning the better a model gets at something the higher dice it uses. We won’t give too much details of the rules here as the game is free to download yew encourage you to take a look yourselves!

The book also contains all the tokens and charts you need to play which may also be useful for other games.

The game is best played on a 48”x48” table, but you can use any size you like. We suggest having a fair amount of scenery, houses crates etc to use as cover. The game is intended to be played with models in the 28-35mm range.

Click on the image below to add to basket, its FREE! 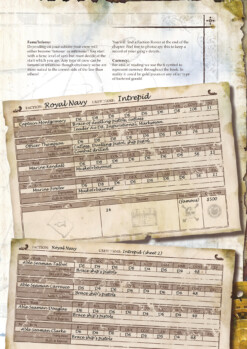 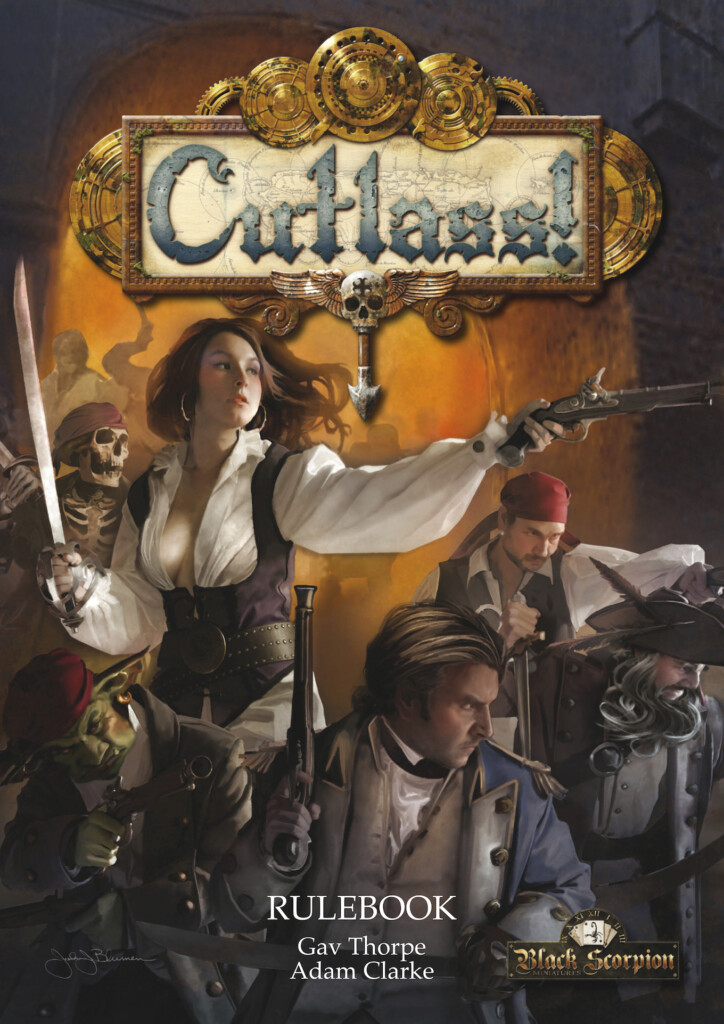 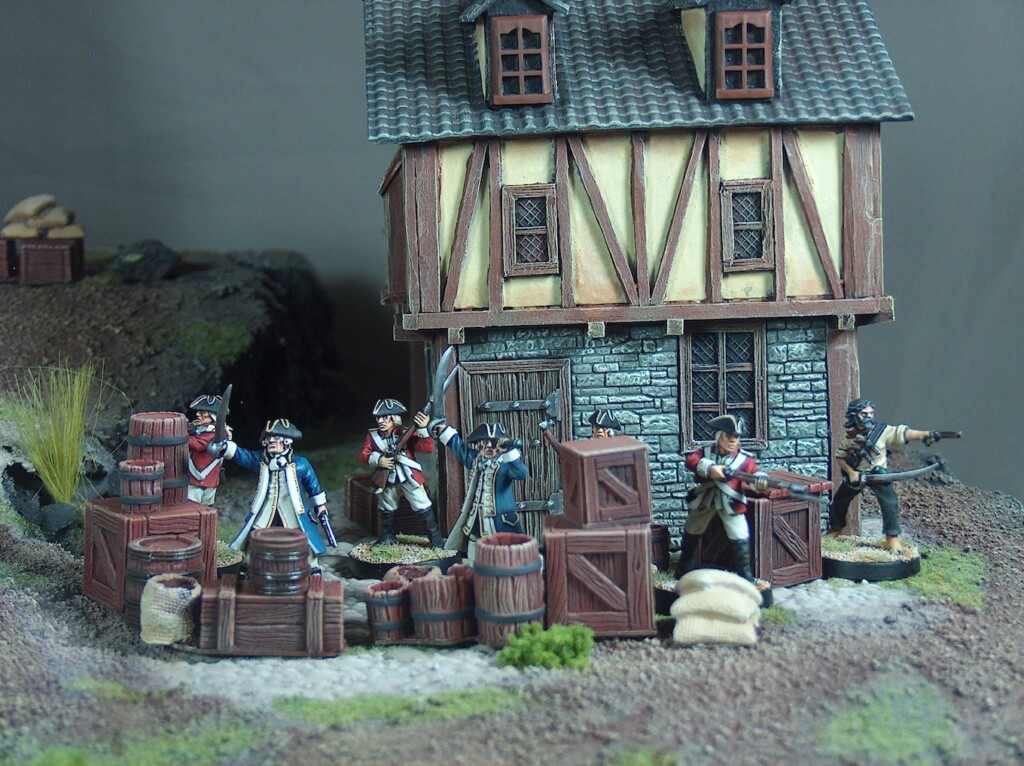 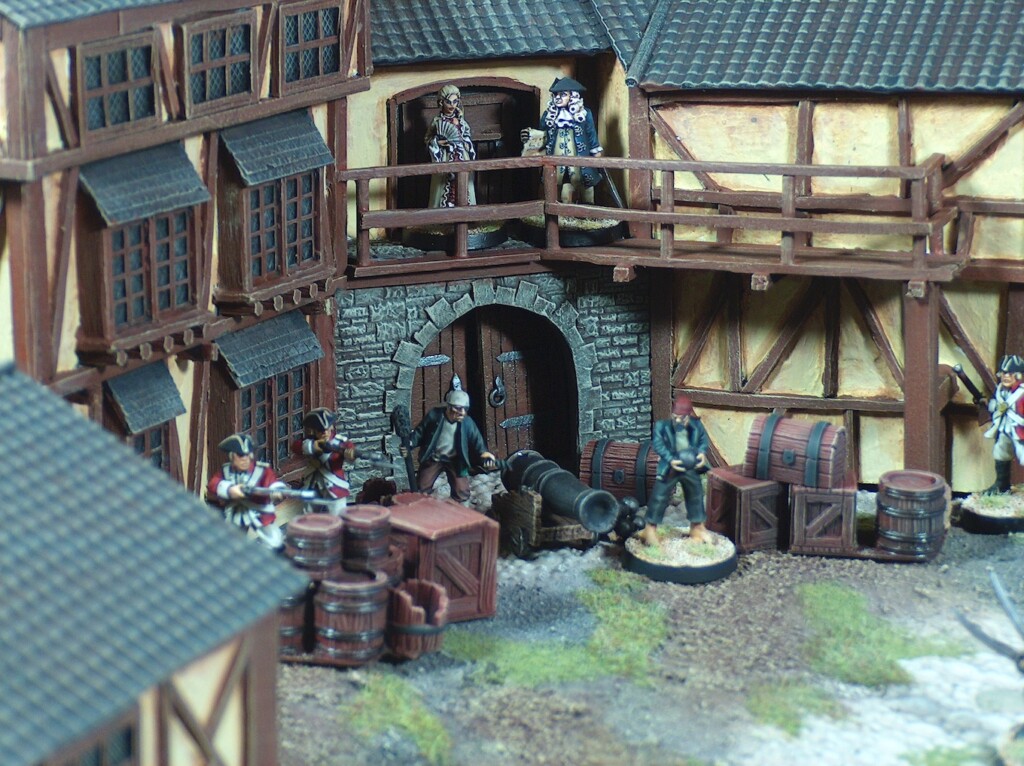 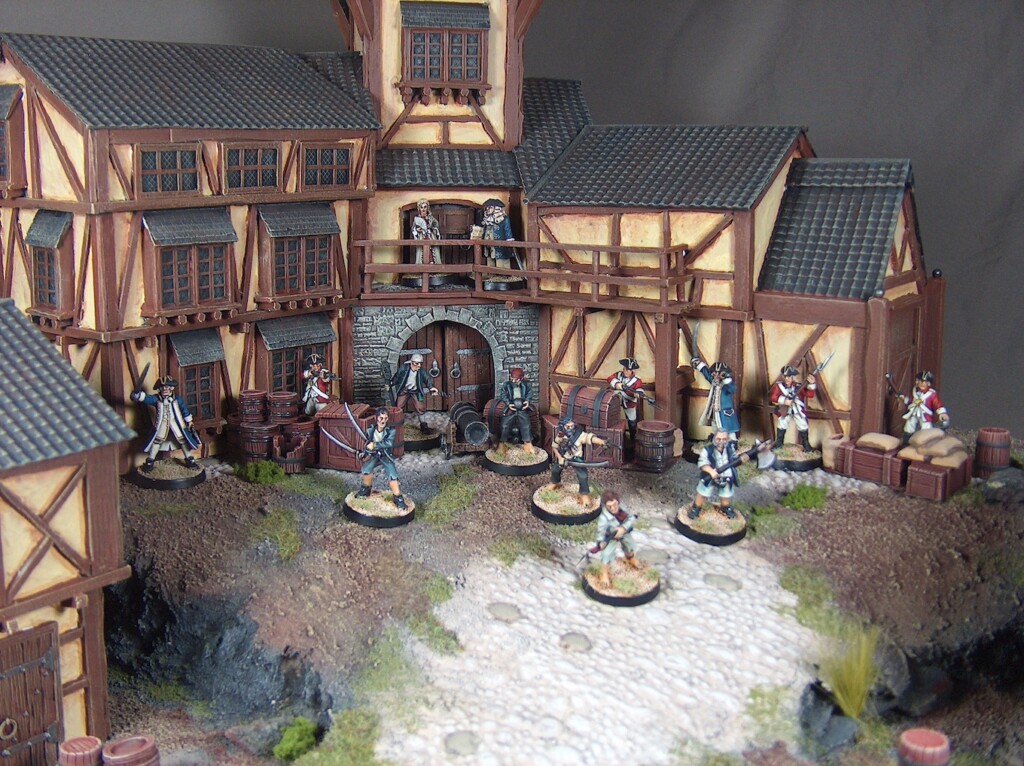 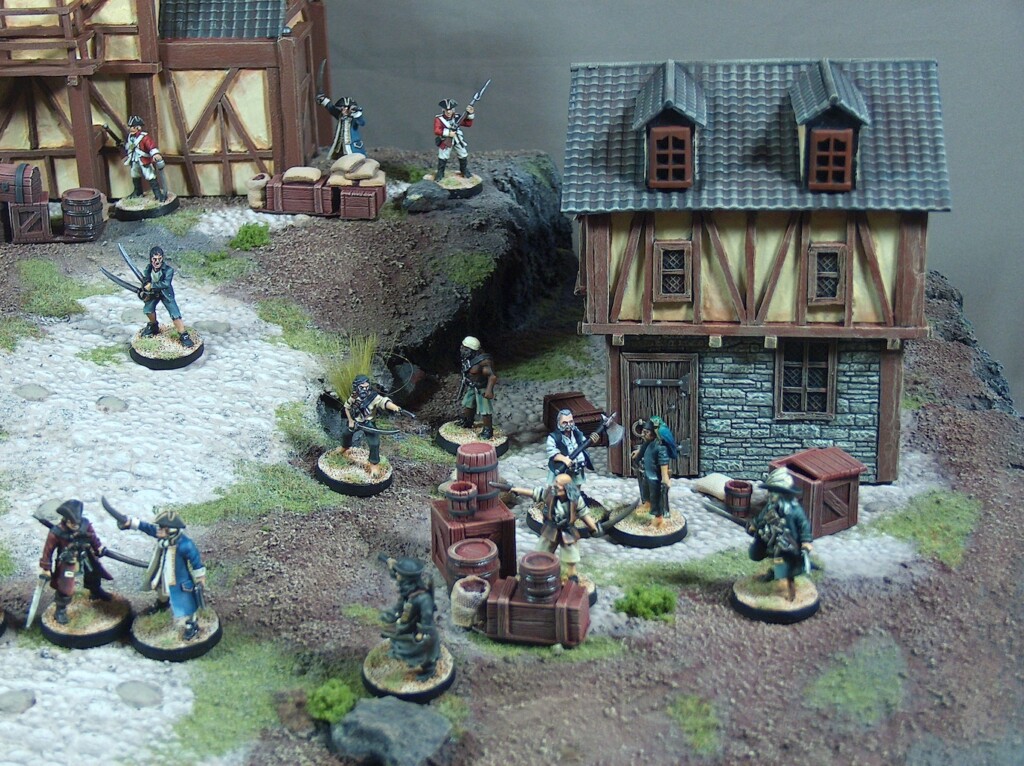 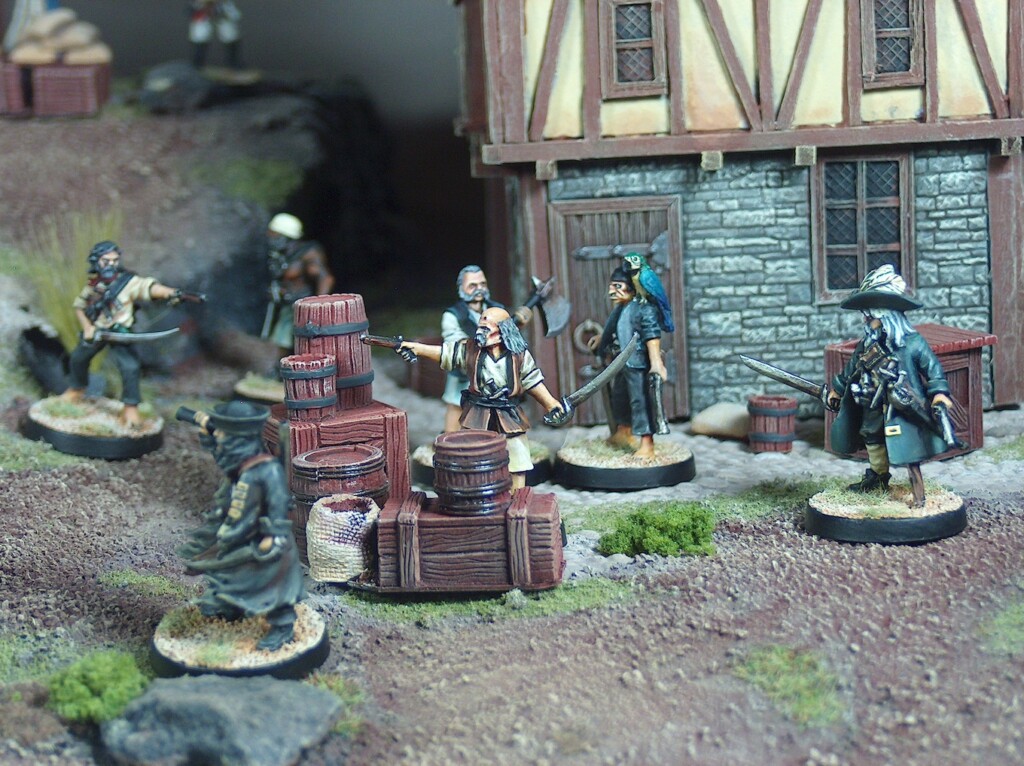 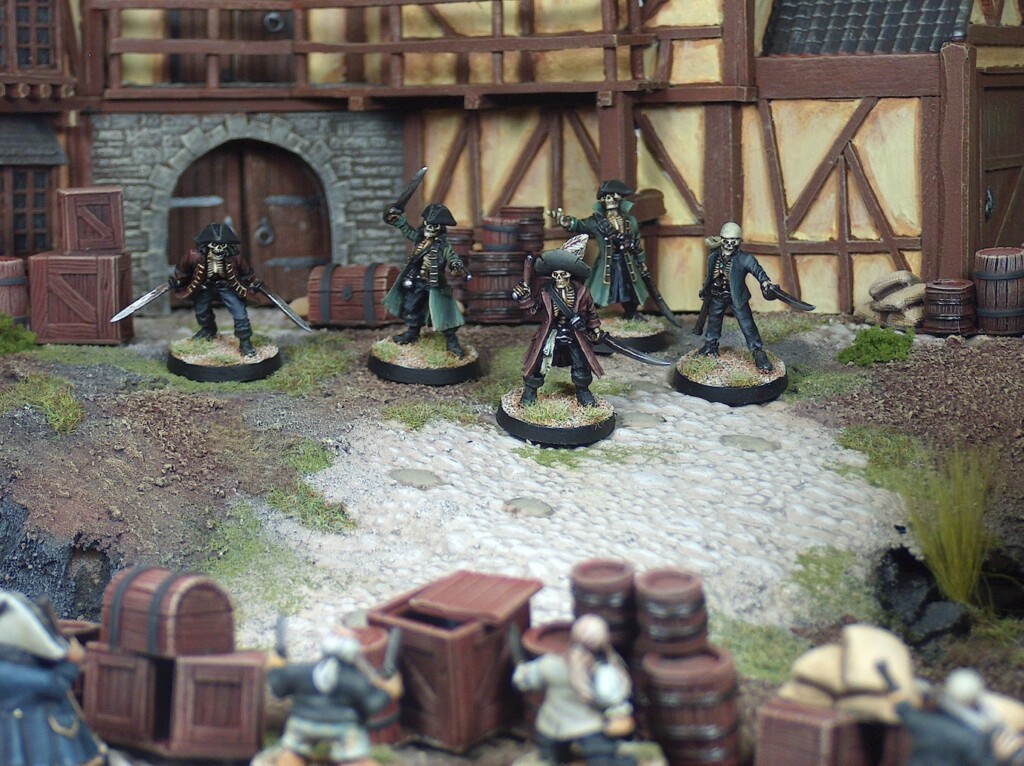 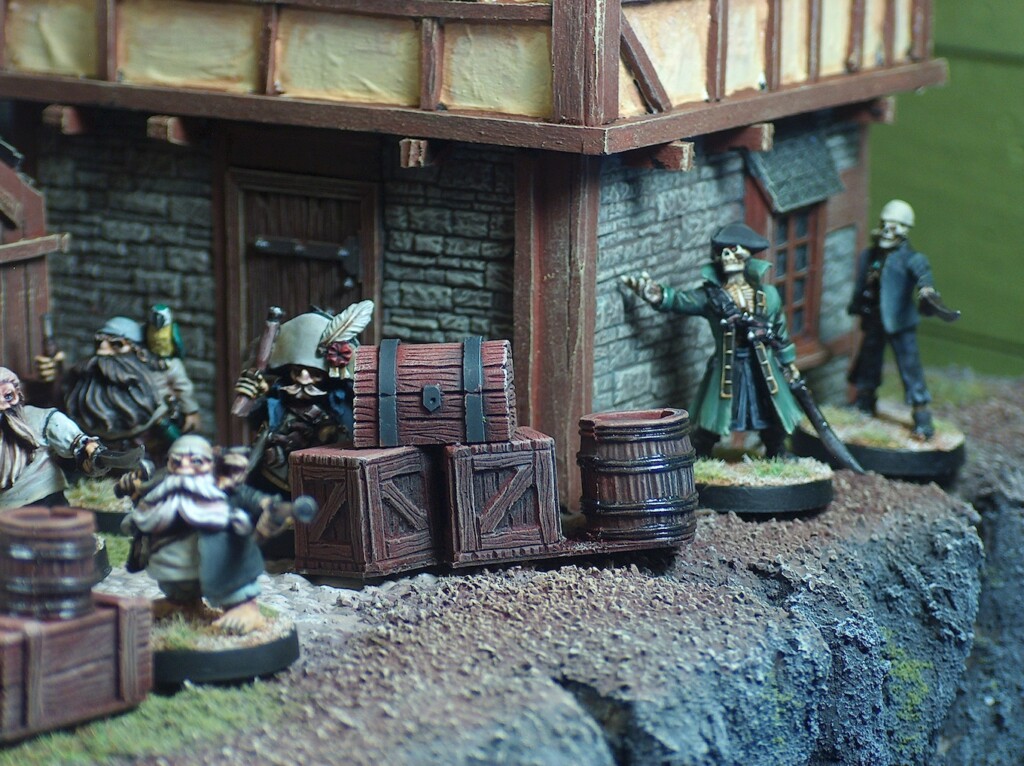 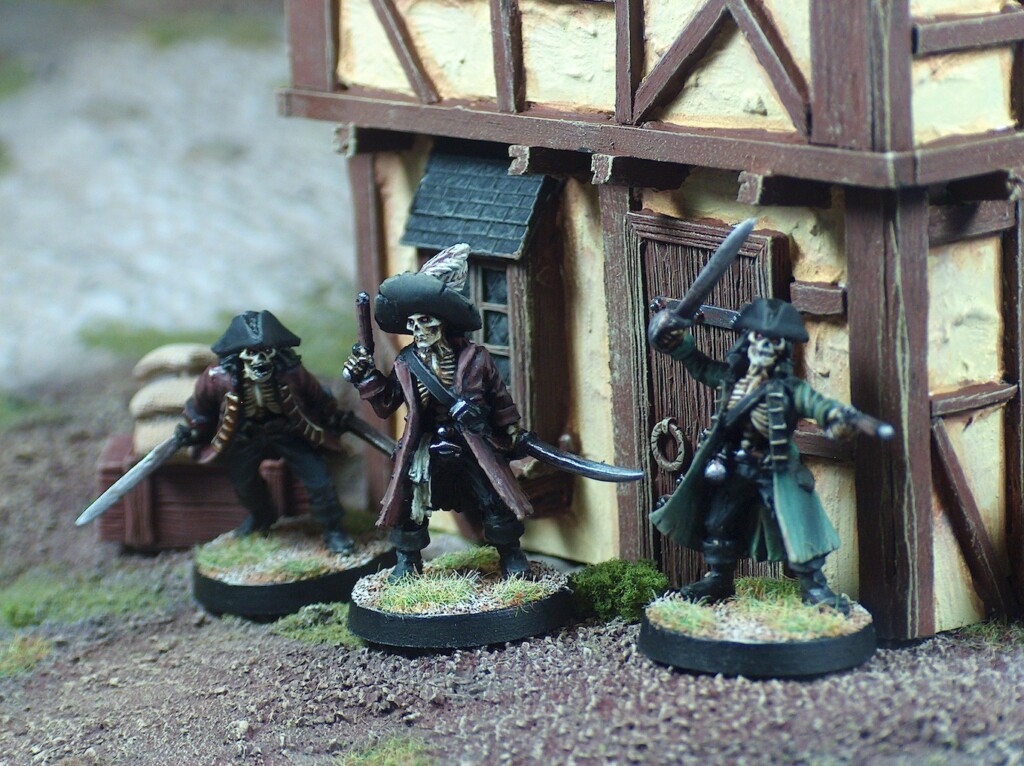 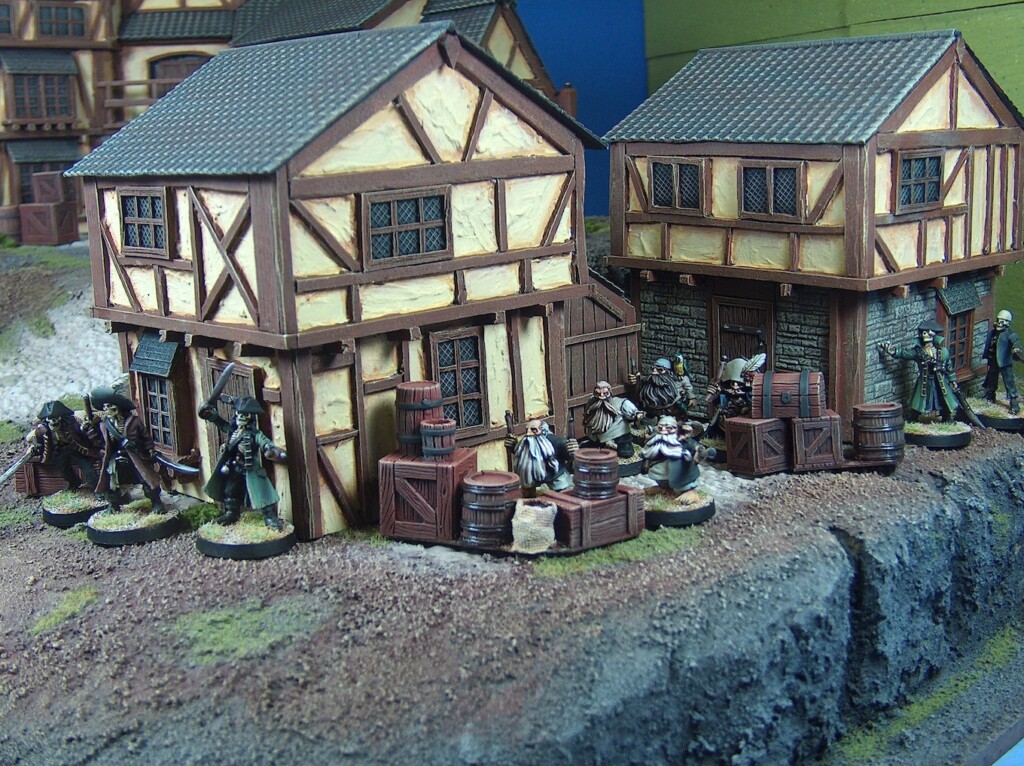 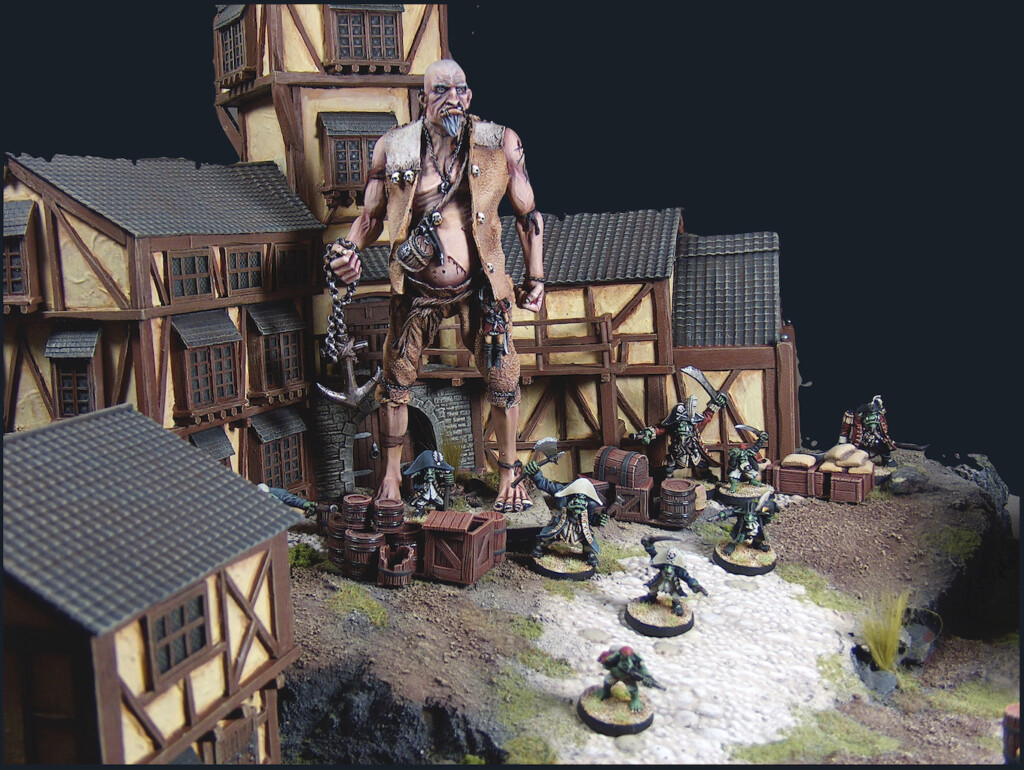 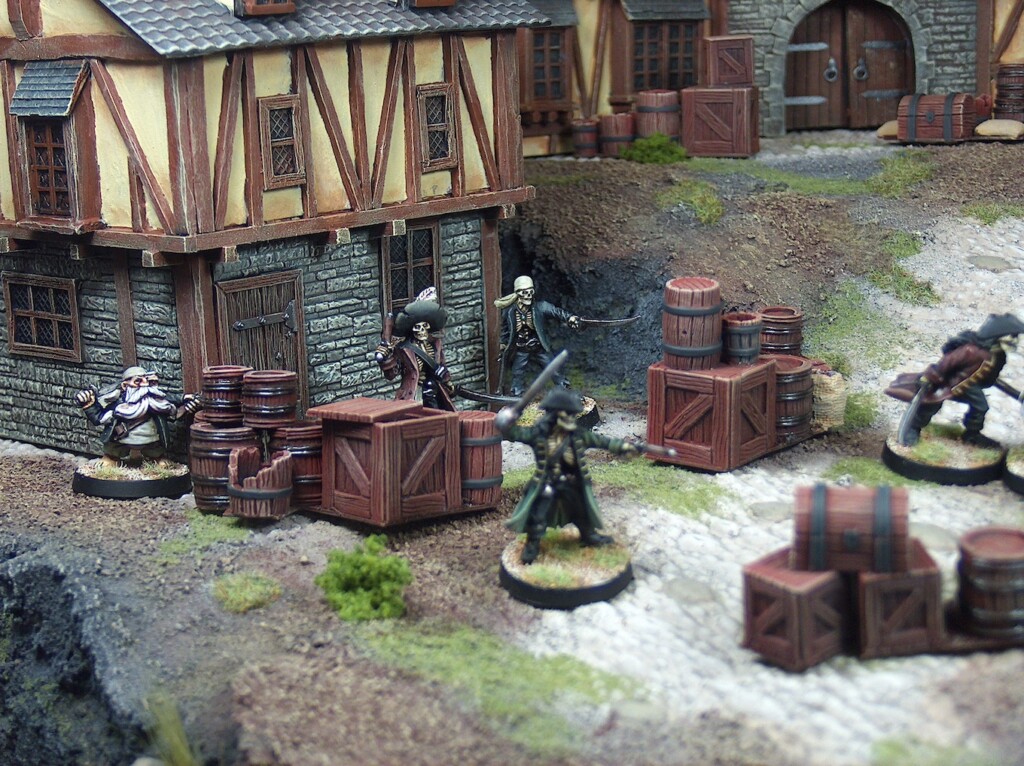 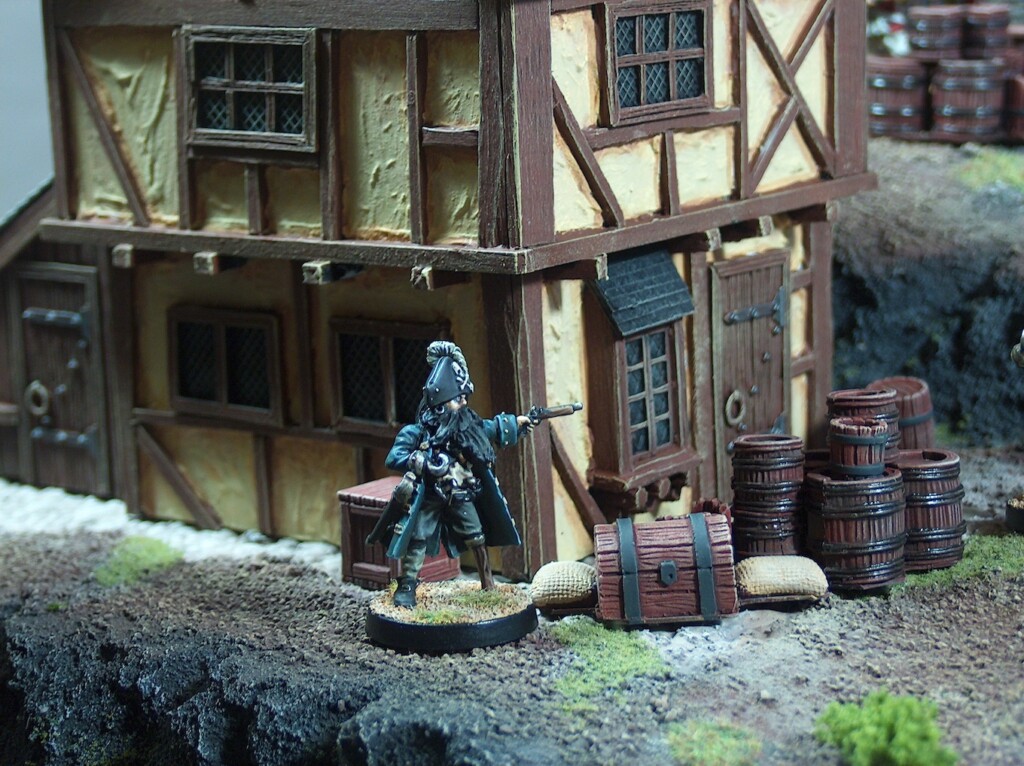 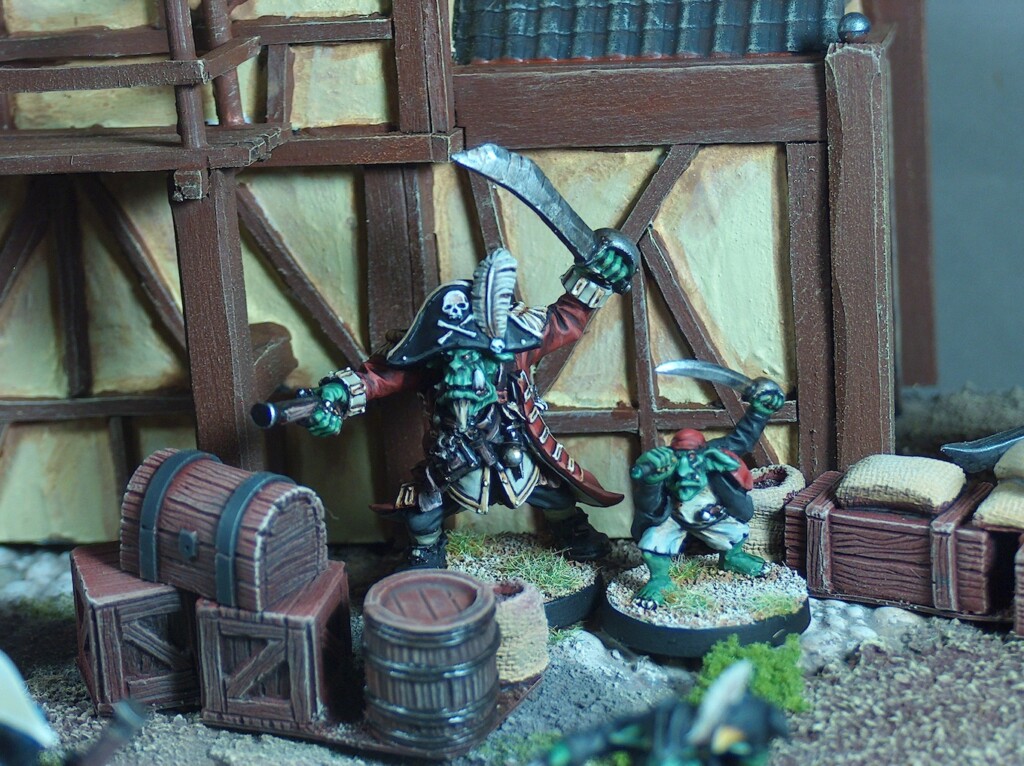 A few samples from the Cutlass range! Visit the shop for more! 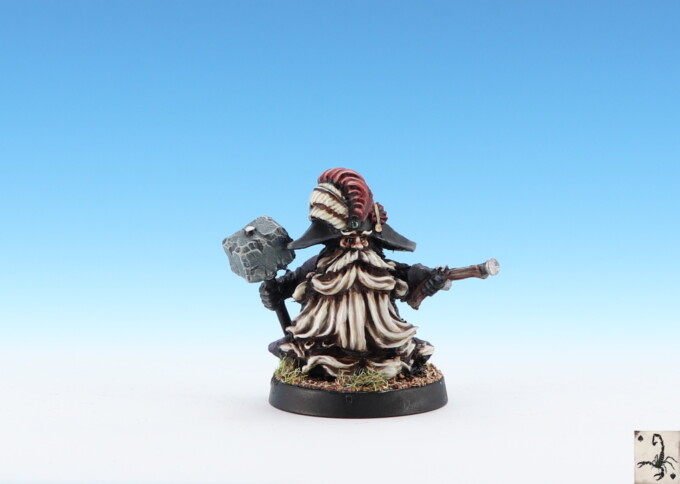 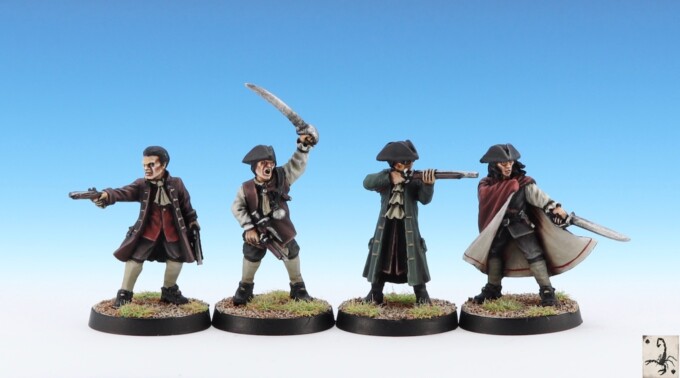 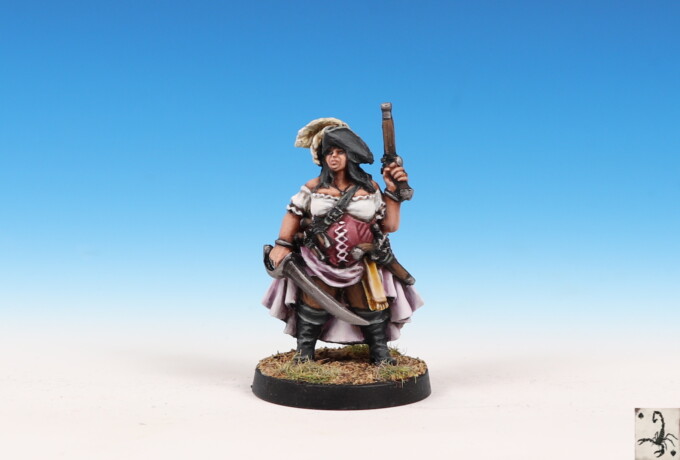 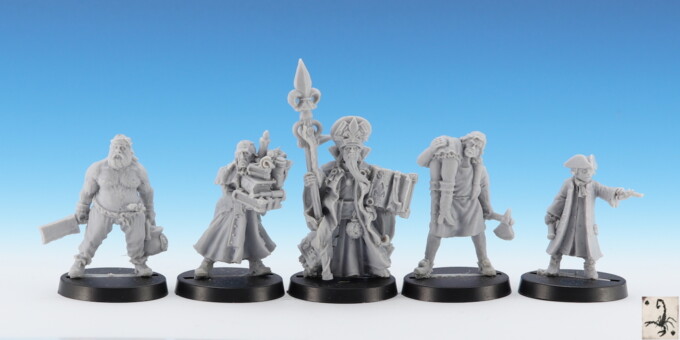 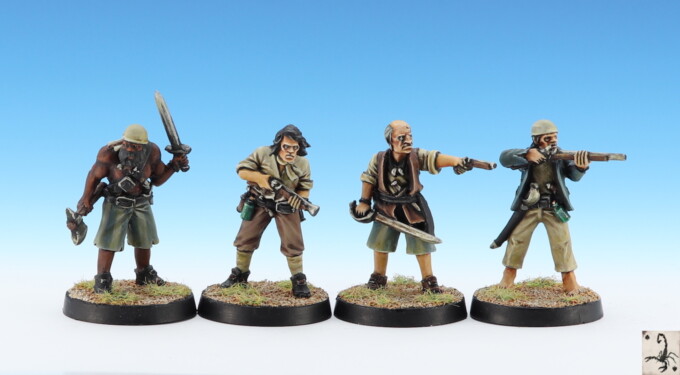 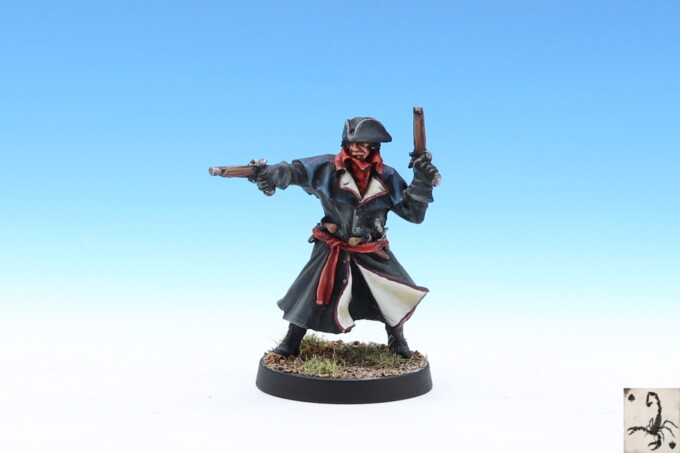